Welcome to the third part of our 20-Year Anniversary Publication serialisation. Each week, we’ll be publishing a new chapter telling the stories of the people and places that have contributed to our history. You can view part two here.

The Catching the Knowledge Wave conference in 2001 represented a pivot in how New Zealand thought about the knowledge-based economy – but it didn’t happen out of the blue and its impacts weren’t felt as soon as the conference finished.

The conference was a crystallisation of ideas and activities that had been fermenting for several years. 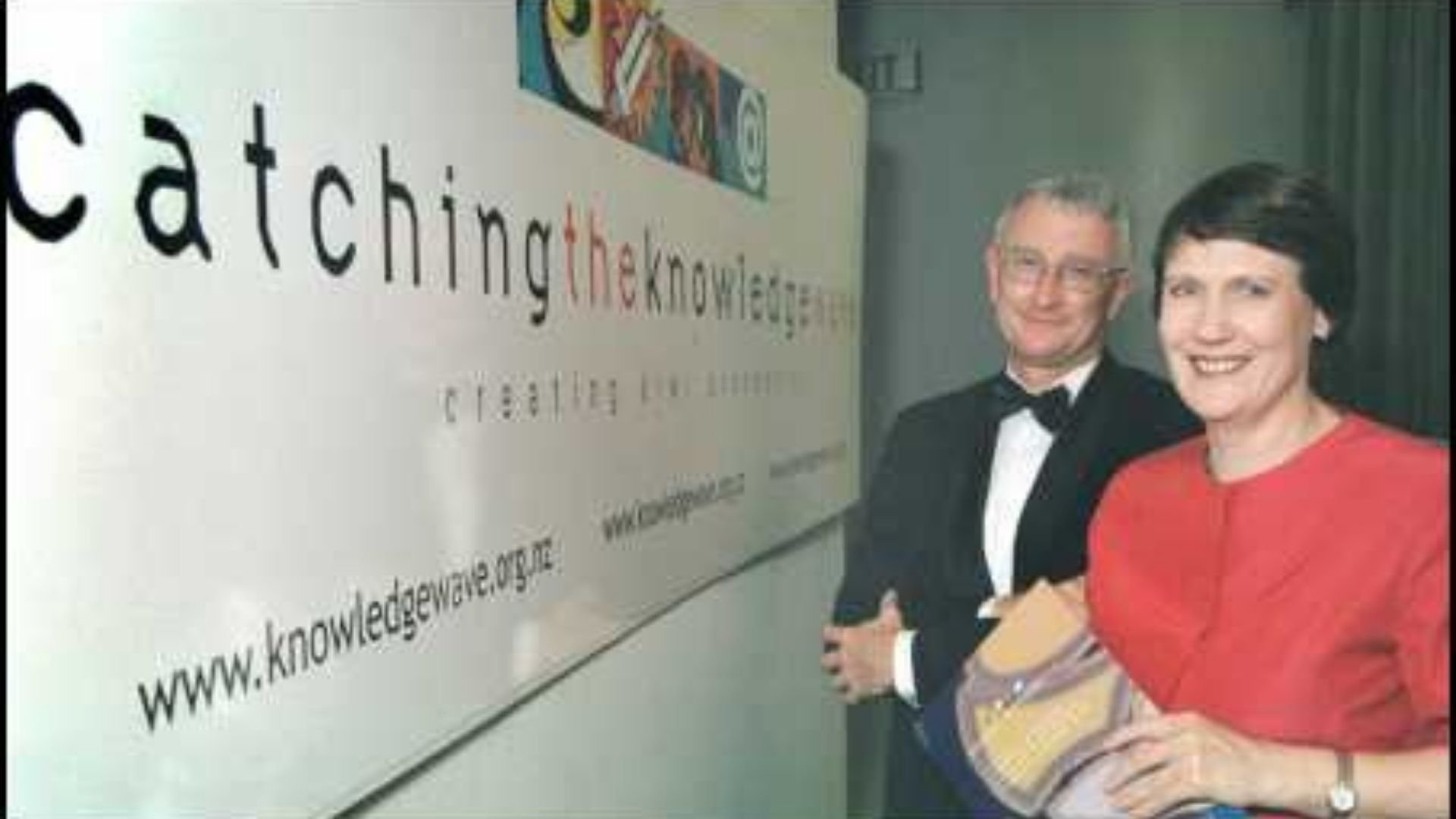 Geoff Whitcher, former board member of The Icehouse and an organiser of the Knowledge Wave conference, remembers then University of Auckland Vice-Chancellor John Hood visiting entrepreneurial universities around the world to see their models up close. It was a sign the ecosystem was gathering momentum.

It coincided, says Whitcher, with the realisation that if New Zealand were to get a knowledge-based economy much of that knowledge would have to come from the universities. However, universities in New Zealand only had two key activities: one was research to produce the knowledge – the other teaching to pass it on to students. What happened to the knowledge after that was not their focus or responsibility. It was realised that universities had to add a third stream of activity – that was knowledge transfer – transferring knowledge to the business community so their research findings could be utilised in commercial activity.

There was a mounting realisation too that New Zealand had to move further up the value chain and couldn’t rely on commodity agriculture forever. There was also dissension between the business and political communities, and a prime minister, Helen Clark, who wanted to start a healing process that would also involve the social sector.

Transforming our economy and society through knowledge and innovation

The conditions for not just the Catching the Knowledge Wave conference, but also a new paradigm of innovation and entrepreneurship, were ripe.

‘At the time there was a lot of naysaying about it being just another talk-fest, that nothing ever came of them,’ says Bridget Coates, co-founder of The Icehouse, which was launched the same month as Catching the Knowledge Wave. ‘But shifting mindsets, which is effectively what happened, takes quite a while.’

Coates takes it all the way back to a trip to Israel in 2000 with then minister of research, science and technology Peter Hodgson, and a group representing the University of Auckland, to take a closer look at the ‘startup nation’ to see if a similar thing could happen in New Zealand.

‘At about that same time, John Hood appointed Geoff and I to improve relationships between the university and the business community. So we set up a number of research institutes within the university, and with support from the Business School Dean, Barry Spicer, and David Irving, I was involved in setting up The Icehouse as a way of increasing innovation and entrepreneurship. It was literally the first of its kind in New Zealand.’

There was also the launch of The Great NZ Business Venture with Douglas Myers, long-time chief executive of Lion Breweries and Lion Nathan, and Stephen Tindall. The programme ran a business planning competition that received three-and-a-half thousand entries.

The conference took place against the backdrop of this fervour for change. It received Helen Clark’s imprimatur through her co-chairmanship with John Hood. This, with a stellar list of international and local speakers, ensured widespread publicity.

In her opening speech, the prime minister said: ‘While (other countries) have been transforming their economies and societies through the application of knowledge and innovation, we haven’t kept up with them. Our export profile resembles that of developing countries, not that of a developed one. Our economy has not been generating the level of wealth required to keep us high in the first league.’

When the conference was over, her office released a communique praising its success, saying: ‘The conference has stimulated new thinking on achieving growth through new approaches to education, innovation, research and development, promoting excellence, networks, mentoring, and building scale and clusters in key industries. A strong focus on entrepreneurship, the attraction and retention of talent, the transformation of public and private institutions, and incentives to promote innovation and creativity have also emerged.’

The fledging wheels of The Icehouse had been well and truly greased.

Next Week: Founding Partners and The ICE Foundation