Pitch Perfect: How to Sell Your Idea to a Roomful of Investors

A good pitch does a lot more than simply communicate a business idea—it excites, intrigues and makes people (people with money that is) want to get behind it.

Like so many things in this world however, there’s a huge divide between the saying and the doing. Few would say that crafting and delivering an effective pitch is easy, but the good news is that it only takes a couple of solid principles, plus a ton of practice, to the learn how to do it.
Angel investment network ICE Angels’ CEO Robbie Paul has seen a few pitches in his time (“600 or more” at his last count), so Idealog cornered the entrepreneur and investor last week to find out just what goes into making an investment pitch that actually sells. 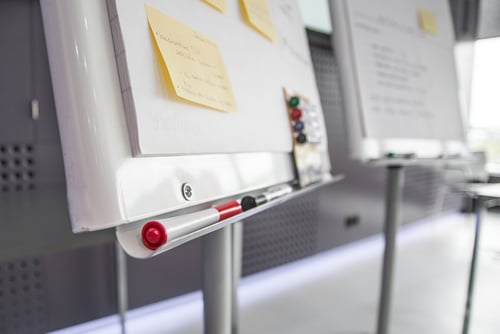 Idealog: Hi Robbie. First up, let’s break it down. What is the actual purpose of a pitch? What are you trying to get your audience to do?

Robbie Paul: I think what you’re trying to do is communicate your idea in a way people will actually remember. You’re often presenting alongside a number of other companies, so you need to dumb it down and make it simple. Your pitch should be so simple that after seeing a number of them and having a glass of wine, the audience could go home and relate it to their partners and say “Oh, I saw this company and it does this.”

You’d be amazed by how many times I’ve seen the audience actually stop a company half way through their presentation and say “What exactly is it you actually do?”, so you’ve got to keep it simple. Take out everything except “this is the pain and this is the solution”

I: In terms of preparation, what’s involved? Is this a case ‘practice it in front of the mirror then hope for the best’?

RP: I don’t think anyone’s ever regretted showing up over-prepared for a pitch and 99 percent of the people we see are underprepared. Recording yourself on your smartphone is incredibly powerful and can really open your eyes to what you’re saying and how you’re actually saying it. There’s nothing wrong with getting friends and family involved either, especially if they don’t know much about the subject. The beauty of pitching to people who don’t know what you’re doing is that that’s often the kind of audience you’ll have. Make your pitch to grandma and then say, “grandma, can you tell me what I just told you?”

But remember, you can almost guarantee that the people you are pitching to arenot your target users – they won’t have experienced the pain point you’re trying to describe. So the question is, how do you get your audience into the shoes of your users? You need to be able to bring the audience up to speed very quickly with the pain users feel, then you can tell them how your idea meets that pain point.

Read blog: 10 Things The Best Founders Do by Barnaby Marshall, a Flux Managing Partner at The Icehouse

I: Would you recommend going so far as to actually research the individual potential investors in the audience?

RP: Oh, absolutely. Being able to relate to the people you’re speaking to is invaluable. Understanding the investments they’ve made previously and the amounts they tend to invest will help you avoid making false assumptions.

You don’t have to be too audacious to get information about who’s going to be there and to identify a few friendlies in the audience. LinkedIn is a powerful tool for finding out who you know and who your friends know, and in the New Zealand context especially you should be able to know everyone who is going to be in the room without too much effort.

I: What’s more important? A great business model? Or a great solution?

RP: You’re fundamentally constrained when you’re presenting, not by the ticking of the clock, but by the attention span of the audience, and that span is literally a matter of minutes. So you need to touch on both aspects and I wouldn’t say one is more important than the other.

I: Do you favour a particular format when listening to pitches?

RP: Storytelling is incredibly effective to help people get to the heart of whose problem your product is solving. Telling the story of “Joe who works a specific function at Microsoft, who has a team wasting X hours a day because there’s something he doesn’t have”; that works well.

Think about it. You’re presenting to an investor audience who’s hyperactive, opportunistic, excitable and with very powerful imaginations, so you don’t talk to them like they are kindergarteners. Plant seeds in their heads and they’ll do the rest. Investors have usually seen dozens of presentations and they’re able to do nonlinear extrapolation, so they can apply your idea to different scenarios and different markets. If you can plant those seeds, rather than spelling it out, you’re moving in the right direction.

I: How much of a pitch’s persuasiveness comes down to rationally stating your case and how much comes from other elements, such as the charisma of the speaker for example?

RP: I think the classic salesman can actually struggle in an audience of investors. They can lose an element of credibility by being perceived as having ‘all the answers’ or that there are no challenges that need to be faced. Most investors know there are going to be trials along the way so don’t paint a picture that’s too rosy. The ‘reserved nerd’ character can be as equally well perceived onstage as the great salesman.

I: What are the classic mistakes presenters make?

RP: It’s really important that presenters include a call-to-action and make it clear what their timeline is. Far too often pitches are left completely open-ended, such as: “If you’re interested, come and talk to me”. Instead, tell the audience directly: “I’m here because I’m looking for X and the timeframe I’m working towards is this”.

You have to put a stake in the ground regarding what your valuation is. The investor doesn’t want to dive into a debate about what you think your company’s worth. New entrepreneurs sometimes think the situation is like a cracked market in Marrakesh, where you’re haggling over a wooden giraffe and the salesman says “$100” and you say “$1” and eventually you meet in the middle. It’s actually the opposite of that in the start-up world.

Investors have no interest in securing a majority share in your company. They’re trying to get involved with and support companies to create value. The last thing they want is to end up with an over-diluted founder who’s lost their motivation.

I: What’s the one piece of advice you’d give to someone who’s never made a pitch before?

RP: It’s a little bit of a kiwi thing I suppose, but New Zealand companies often make a self-effacing or light-hearted joke at the beginning of their presentation, such as that they’re underprepared for example, and there is nothing worse. There is no worse way to begin than by letting your audience know that you don’t value their time. Treat the audience as if they are the only people in the world you care about and show them that, regardless of anything else, you’re prepared.

This article was originally published by Idealog.