Non-Disclosure Agreements – Getting It Right

You don’t want others swiping your valuable ideas and running with them. But without the right confidentiality agreements in place, that’s exactly what could happen.

Non-disclosure agreements, or NDAs, are vital when you're disclosing ideas or information to people outside your business. They're also important when you're receiving confidential information from others, because they clearly outline your obligations. Without a written agreement, you may find yourself in a tricky 'we said, they said' situation with obligations that go way beyond those of the typical NDA. 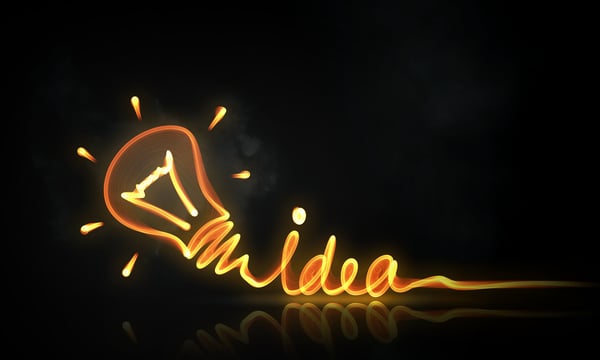 When startups take their idea to market, they usually have to engage the help of others. But before you disclose anything to an outside party, have them sign a confidentiality agreement or an NDA.

This may not be necessary if your idea is a technology and you've already filed a patent application for it. But if you haven't, an NDA is vital. Most countries require the technology to be in what's called the 'cone of silence' at the date of the patent application. If those you've disclosed information to have signed NDAs, it's easier to prove that your idea hadn't left the cone of silence until after the patent process began.

I recently helped a New Zealand client engage with engineering and electronics conglomerate Philips. Before Philips is willing to receive external technology ideas, they insist that the discloser first files a patent application. Philips does not sign NDAs. This approach protects them against legal claims of breach of confidentiality in case someone internally happens to be developing the same idea. They are a large organisation hence having to take this approach. Large corporates with R&D programmes often follow this approach so don't be put off if they refuse to sign your NDA. There are still other ways you can progress with them.

Venture capital firsm and angel investors often refuse to sign NDAs for first-time meetings. You can still safely have a conversation about your business idea with an investor, just be mindful about how much detail you share and at what stage in the relationship. Investors who don't sign NDAs as a matter of policy for first-time meetings will often be happy to sign an NDA later in the process when real due diligence has begun.

What is 'confidential information'?

Under a typical NDA, the person receiving information (the receiver) agrees not to use or disclose the confidential information of the other person (the discloser), other than for a specific purpose.

The definition of 'confidential information' in the document is critical. It should clearly state what is and isn't to be treated as confidential.

NDAs are typically used during early-stage exploration. Some situations call for more than an NDA to be signed. When things progress between the parties, NDAs should be followed up with a design-commissioning agreement or similar.

Verbal agreements don't usually deal with the exceptions to confidentiality and are hence unwise to enter into. Whilst it is easy to say to someone that you will keep their idea secret there are good reasons to do so in writing. The most common exceptions are when the:

Receiving companies often insist on using their own form of an NDA. This can be dangerous for a discloser if they don't check what they're signing. Receiver-friendly NDAs often say that any information the discloser hasn't provided in writing must be supplied within a certain period after disclosure (eg, 30 days). If not, it will no longer be regarded as confidential. Watch out for this particularly nasty provision because it means that anything you disclose verbally could be treated as non-confidential.

A good NDA should also specify how long the receiver's obligations of confidentiality last. Do they continue until the information is no longer a secret? Or do the obligations expire after an agreed period of time?

A major risk in disclosing something new is that the receiver will springboard off your ideas. Make sure your NDA specifies that if the receiver makes any improvements based on the original idea, the start-up will own any IP rights that come from those improvements.

These are just some of the pitfalls to watch out for. If you have any questions about NDAs and your rights or obligations, give me a call or send me an email: Anton Blijlevens, 09 356 7665, anton.blijlevens@ajpark.com.

Because situations differ, the above must not be used as a substitute to seeking professional legal advice.