Every time I visit New Zealand, I’m amazed at how a country with a population the size of a Beijing suburb continues to achieve so much on the world stage.

Your tireless All Blacks are arguably the world’s greatest sports team. Your primary products are sought after the world over. In the Christchurch Call, your Prime Minister showed how a small nation can have a powerful voice in global politics.

I have a particular fondness for New Zealand, nurtured by time spent at the Icehouse in Auckland and meeting Kiwi entrepreneurs who are taking their innovative technology to the world.

The fourth industrial revolution we are in the midst of poses a particular set of opportunities and challenges to small advanced nations like New Zealand. With a highly-skilled workforce, great international networks and fit for purpose regulation, you are well placed to take advantage of the technology-driven trends shaping the future. 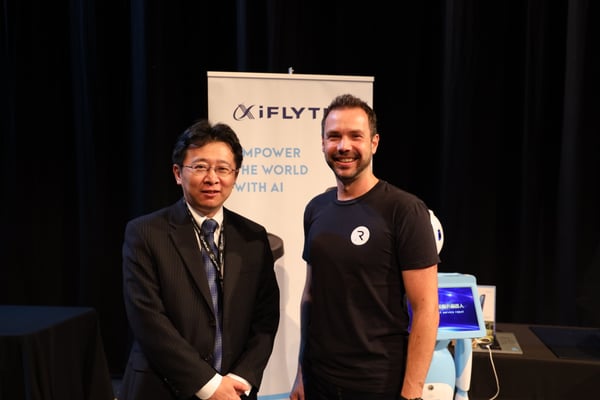 Compelling as New Zealand’s story is, there are also some red flags that point to unfulfilled potential and opportunities foregone. As the Prime Minister’s Business Advisory Council pointed out in its A Future That Works report, New Zealand labour productivity is around one-third lower than the OECD average and has been in decline.

The issue is even more pronounced in industries such as manufacturing, where New Zealand labour is just over half as productive as the US workforce. The productivity issue is exacerbated by relatively low levels of investment in research and development compared to other advanced economies.

The automation that is transforming industries from farming to financial services, could offer New Zealand the opportunity to address its productivity issue.

I think the Government realises this. It estimates that by 2030, automation could lift gross domestic product (GDP) by $133 billion to $436 billion. That means higher average salaries for New Zealand workers and more tax revenue to invest in social and environmental initiatives that will be required to retrain workers for an automated world and tackle issues such as an ageing population and the impacts of climate change.

How rapidly New Zealand embraces automation and the benefits artificial intelligence tools can provide, will determine how soon the country begins to close the productivity gap.

For instance, a McKinsey analysis included in the A Future That Works report found that faster adoption of automation in New Zealand’s manufacturing sector could see workers become almost as productive as US labour. On the other hand, if the manufacturing sector is slow to automate, labour productivity could plunge to less than a third of the US.

I’ve seen firsthand in China, the transformative effect these technologies can have in industries as diverse as tourism and healthcare, government and education. With 1.4 billion people and a vast manufacturing sector, China is particularly well-placed to benefit from automation.

At iFlytek, our speech and natural language processing technology is powering chatbots and intelligent assistants used by hundreds of millions of people every day across China and the world.  Our AI-powered teaching evaluation and management tools are changing the face of education in China, employed across 25,000 schools in 31 provinces of China.

China’s advantage in AI is its scale. The nature of machine learning is that the more people use our AI-powered services, the more transactions completed, the more accurate and useful our AI becomes.

Rather than jealously guarding our technology, iFlytek has open-sourced it. Our voice cloud platform has been used by over 900,000 software developers to create AI apps that connect around two billion devices.

Certain sectors of industry in New Zealand are early adopters of AI and automation and are reaping the benefits. But my sense is that the country isn’t yet on the fast-track to an automated world.

That has a lot to do with the make-up of the New Zealand economy, which is dominated by small and medium-sized businesses. Until recently, it has been expensive for smaller companies to automate their production and processes.

However, the advent of cloud computing and standardised AI tools delivered online are lowering the barriers to embracing automation. There is a prime opportunity for our two countries to co-invest in and collaboration on AI and automation across industries.

We can help New Zealand achieve the scale it struggles to on its own in areas like healthcare.

In hospitals across China, iFlytek’s AI is used in medical diagnostics, electronic patient records  and outpatient follow-up and care.

These tools could assist in delivering better quality care to patients here, particularly in the regions, where there are doctor shortages.

New Zealand has a great opportunity in front of it to embrace the technology that will allow it to improve its productivity and competitiveness in a fast-changing and unpredictable world. The quicker it rides the automation wave and prepares its workforce for the changes that accompany it, the sooner it will enjoy the multitude of benefits that come with it.

China stands as a willing partner.