Mitre 10 Mega Wellington: Stephen Steps It Up and Becomes CEO

Stephen Nelson was working in Mitre 10 MEGA when his owner went on The Icehouse Owner Manager Programme (OMP) and came back to the business filled with new ideas and exciting plans. The business was running well and had experienced some significant growth in terms of turnover, much of which was driven by the owner going on OMP. Some changes in the business had started to occur, with the owner starting to become less involved in the business and putting a Board with independent directors in place. Stephen and another General Manager had split responsibility to run the business – Stephen felt this structure wasn’t right and that things could be better, but had little understanding of how to change the way things were done. Luckily, the owner of the business encouraged Stephen to go on The Icehouse Leadership Development Programme so that Stephen could align with his renewed way of thinking. Being one who is always up for learning something new, Stephen jumped at the opportunity.

“The key thing was the programme gave me a level of confidence to put myself forward a bit more and suggest ways the business could improve – it encouraged me to really try to take a more active role in the business,” he says. The communications sessions in the programme really stuck with Stephen, being a numbers man the financial simulation reinforced what he already knew, and the marketing module was presented in a way which finally made sense to him. “The facilitators were great, there were so many gold nuggets in the learning material which I still refer to today,” he says. The structure allowed Stephen to get out of the business and be totally immersed in a challenging and thought provoking environment, and allowed him to return to the business with new ideas and plans to implement. It was on the programme which Stephen came up with one of the most transformative ideas which would turn the business around and see him put into a new position within the company.

The programme reinforced Stephen’s thinking that the current split management structure wasn’t working for the business. “Over the course of the programme, it became apparent that someone needed to step up and be in charge of the business. After completing the programme, I put forward a proposal to the Board to have the dual General Management structure disestablished and have a CEO appointed,” he says. Stephen spoke to the other General Manager before submitting the proposal and they both agreed it was the right way forward for the business. The Board agreed with Stephen’s proposal and appointed him as the new CEO.

Stephen’s colleague who was also General Manager declined putting himself forward for the position and took a new role in the team. With someone in charge of the business again, things were able to move forward. The owner was able to step back and delegate the running of strategy and day-to-day operations to Stephen. “The new structure has worked really well since. Without the programme, I wouldn’t have had the confidence to put forward the proposal or the belief in myself to step up to the CEO position,” he says. 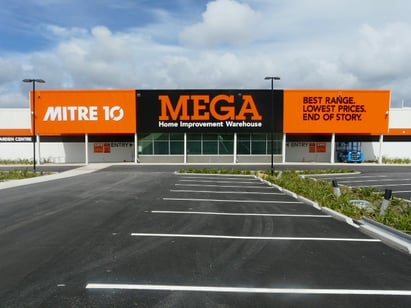 As Stephen finished the programme, the GFC hit. The business went from growing at 10% per annum to having no sales growth and experiencing decline in some months. However, Stephen says in many ways the timing of the GFC was good. “I was in a new position of CEO in a business environment which had changed quickly, so we had to change the business as well. A lot of the changes were about being smarter, less complacent and removing inefficiencies,” he says.

Because of these changes, Stephen helped the business achieve net profit growth throughout the GFC which, when the market conditions improved, made the business even stronger. Stephen and his owner now send at least one manager a year on an Icehouse programme – usually the Leadership Development Programme. Putting key people in the business on the programme means they can align with the thinking and actions of Stephen and his owner. “We are gradually developing our senior employees, when you do that, you get a stronger team and you’re able to do more,” he says. Stephen currently operates two Mitre 10 MEGA stores in Petone and Upper Hutt and is in the process of opening a third store in Porirua, a huge undertaking for him and the team.

“It’s taken awhile to get to a point where we can expand. We’ve worked through tough trading environments, but because of our well-developed team we’ve been able to build profit and strengthen our balance sheet – allowing us to move forward and grow the business,” he says.